Steve Piccolo is currently CEO of Elixsys Inc. and Principle Officer in Applied Capstone Technologies. He was previously Chairman of Kurion, Inc., a nuclear waste processing company. Prior to Kurion, Inc. Mr. Piccolo was the Chief Operating Officer for URS Energy and Environment. He was also the President of the Westinghouse Savannah River Company, General Manager of the Hanford Waste Treatment Project, General Manager Yucca Mountain Project, and Project Manager for various URS government services operations spanning geography from Washington State to South Carolina, from New Mexico to New York and from England/Scotland to Iraq. He was the Engineering Director and Project Manager for major multiple DOE first of a kind multi-billion dollar projects.
Prior to that Mr. Piccolo was Recovery and Startup Manager for five commercial nuclear facilities. He has also started six companies.
He has been Chairman or a board member of eight companies.
He holds a BSME from the University of Rhode Island, MLS from Eastern Michigan University, and Advanced Management from Duke University. 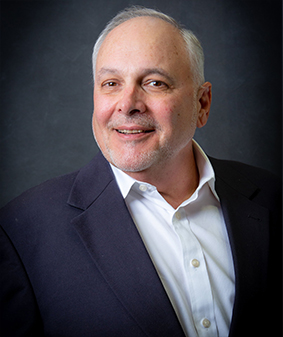 Chief Operating Officer
Gary Baughmen is currently the Chief Operating Officer for Elixsys Inc. He has over 35 years of experience serving the power, industrial, chemical and environmental markets.  He most recently served as CEO of APTIM, a $2 billion global provider of asset-related services to government, oil & gas, commercial, industrial and power clients. Prior to APTIM he was COO then CEO of M+W Americas, a provider of design, construction and program management capabilities to clients in the advanced manufacturing, pharmaceutical, data center and renewable energy markets. Previously Mr. Baughman held leadership, sales, and technical roles at AECOM, Wood Group, Washington Group International and Fluor. 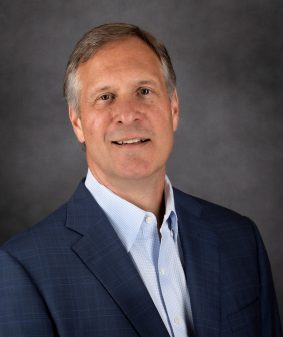 Joe Preston is currently the President for Elixsys Inc. Previously he served as a Director in Eagle Harbor Holdings, LLC, an intellectual property development group holding over 75 patents related to automotive infotainment. Additionally, he was a VP and Chief Technology Officer for Medius, Inc., a firm developing and testing wireless automotive devices. He was a Co-Founder for Telematics dba Airbiquity, Inc. and an Engineer/Chief Pilot for Advanced Technologies Company, Inc.
He currently holds 17 patents. His career spans government as well as the commercial industry.
He holds a commercial pilot license. 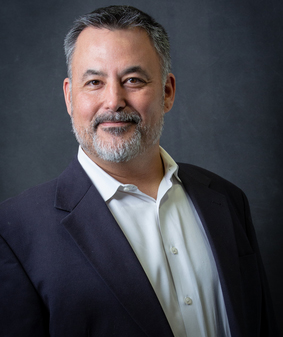 Samuel Hemingway is currently the Chief Financial Officer for Elixsys Inc. and for ClaroVia Holdings, LLC. Previously he served as Assistant to the Chairman of Manufactures Hanover Trust, with a stay on Wall Street with Barclays Bank. With Barclays, he had assignments in New York, Chicago, and London headquarters. He then was a private venture capitalist and served on a number of public company boards. At Cascadia Capital he was CFO and Controller. He remains a Trustee of Trinity-Pawling School. He obtained a BS from Cornell University and studied for his MBA at NYU. 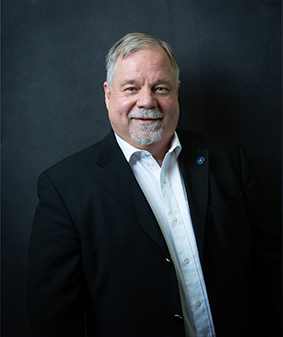 Dr. Barry Scheetz is currently the Chief Science Officer for Elixsys Inc. His career spans four decades at Pennsylvania State University in Materials Science. His expertise was applied to projects for the Department of Energy’s Nuclear Waste programs from cementitious disposal to deep geologic repository studies. He has developed high performing concrete for state and regulatory needs and has over three decades of partnering with industry for environmental waste reclamation reuse products and commodities. He is a recognized expert on coal ash. He has held direct or consulting positions Argonne National Lab, oak Ridge National Lab as well as multiple appointments with the National Research Council and National Academy of Science.
His publications are internationally referenced and too numerous to provide in summary.
He holds a BS in Chemical Education from Bloomsburg State College, an MS in Geochemistry, and a PhD in Geochemistry and Mineralogy from Pennsylvania State University. 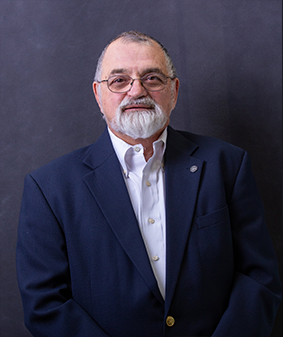 Lucien Papouchado is currently the Chief Technology Officer for Elixsys Inc. He led the effort to mature Elixsys technology and flow sheet development for commercialization to convert coal ash to marketable products or assets, and to apply for patents for Module 1 and Module 2. Previously, he was the Director of the High-Level Waste Program at Savannah River National Lab. He has worked on numerous chemical separations projects, and held positions as Operations Program Manager and Defense Waste Project Manager for the Westinghouse Savannah River Company. He has several publications and patents and has given several presentations to the National Academy of Science. He obtained a B.Sc. in Chemistry with Highest Honors and a Ph.D. in Chemistry from the University of Kansas. 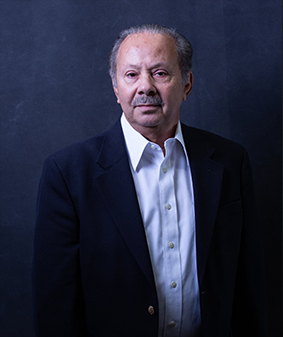 Leonard Passmore is currently the Chief Engineer for Elixsys Inc. He is responsible for the development and integration of applied research, intellectual property, design safety, and process engineering. Previously, he was the president of Summit Travel, the Chief Engineer for Advanced Technologies, Inc., and Vice President as well as Project Manager for Four Diamonds Construction, a firm performing coal delivery, coal fine recovery, and mine ventilation projects.
Additionally he served as a Construction Manager and Project Manager for Mega Construction for Utility and Paper Projects.
He has a BS of Nuclear Engineering from the US Naval Academy, attended the USN nuclear schools and obtained Nuclear Engineering qualifications. He served as Electrical and Reactors Control Division Officer, Engineering Officer and Executive Officer in the submarine fleet. 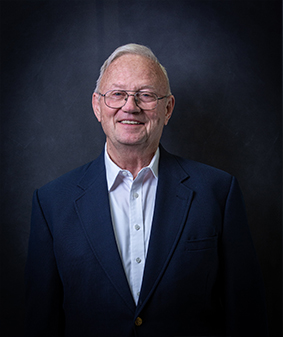 Dan Curry is currently the Director of Commercial Strategy for Elixsys Inc. He works to position Elixsys proprietary technology appropriately in the market. Building upon background of plant operations and design he has successfully completed executive assignments in country operations and market development for US Fortune 500 companies in the US, Canada, Europe, and Africa. Additionally, he has served as a Board Director for technology-based companies in the UK and Africa with turnovers of up to $3billion annually.
He is a graduate of the US Naval Academy and The Executive Program at the Darden School 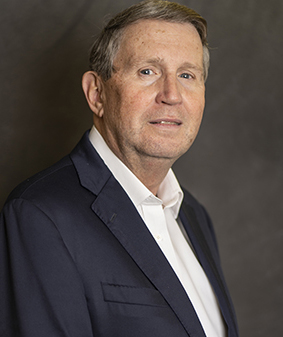 Bruce Tetkoskie is currently the Director for Business Development for Elixsys Inc. He has been a Program Manager for Voith Siemens Hydropower and Project Manager for PPL Sustainable Energy Fund, PG&E National Energy Group, and Waste Management & Processors. He worked for United Engineers & Constructors as a Construction Coordinator. He was also an Engineering Inspector for Bechtel Power Corp., Power Consultants Inc., and AR&T Labs. He has served on the Board of the Pennsylvania Environmental Council, the Citizens Advisory Council – Pennsylvania Department of Environmental Protection, Pennsylvania Environmental Quality Board, and the Mining and Reclamation Advisory Board PADEP. 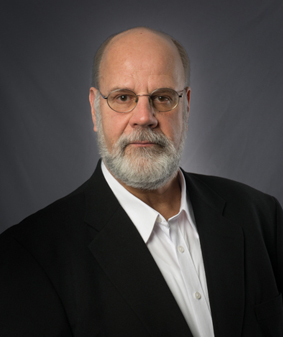 Director of Product Engineering and Sales
George Banashefski is currently the Director of Product Engineering and Sales for Elixsys Inc. He has 35 years of experience in the Energy & Resources industry and brings deep expertise in managing new product development and product commercialization, cultivated during his 30-year career at Halliburton Company. During his Halliburton tenure, he successfully managed operations, business development and sales teams, and served in Region and Country Manager roles in West Africa and Azerbaijan.
Additionally, he has served as VP Sales and Marketing at Eureka Resources, a leading residual wastewater treatment provider that utilizes novel technology to beneficially recover byproducts from residual wastewaters generated from upstream and midstream E&P activities in the Marcellus and Utica basins.
He holds a BSc in Civil Engineering from Pennsylvania State University. 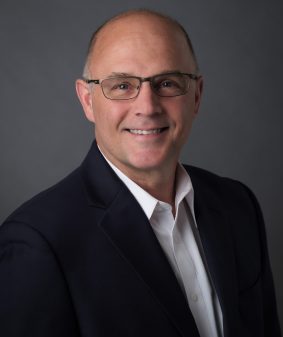 Director of Government and Industry Relations

Doreen “Marsh” Passmore is currently the Director of Government and Industry Relations for Elixsys Inc. Her background includes customer relations and sales for National Health laboratories as well as extensive experience with environmental services, remediation and laboratory sales and operation for EcoTek. These experiences also benefit the Environmental, Safety and Health program at Elixsys. Her experience spans both commercial and government with Department of Energy sites including Hanford, Fernald, Nevada Nuclear Depository for Advanced Technologies and other smaller remediation efforts.
Additionally she was the owner of Monte Piedras, LLC specializing in modular design and construction of environmental laboratories.
She holds a BBS degree from Hawaii Pacific University. 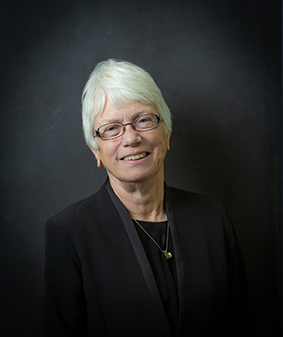